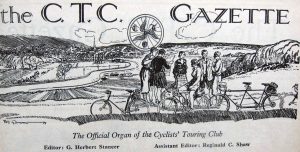 The page below appeared in the first edition of the Cyclists Touring Club Gazette of January 1940.  Central to it was the poignant message of hope from a young man preparing to enter a war from which he had no knowledge of how he would fare, or whether he would return.  Nonetheless he was confident that wisdom and sense would prevail.

But let his own words speak for themselves:- ‘……..permanent peace will only be assured when the nations of the earth know each other as well as they know themselves’.

Almost eighty years later as an erosion of understanding of its own identity ebbs away, do the citizens of the United Kingdom really understand themselves?    Or was the vision of this young man just a  pious self- delusion, and in reality they are no better or worse than any other nation on this planet?   Did EN Chippendale survive the war?   Or did he die in vain?  To fail to wonder, is to fail ourselves. 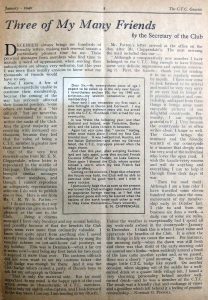