Born in Sussex, at the age of 17 he became apprenticed to magazine illustrator Frank Patterson.  Patterson was well known for his evocative country sketches in the Cyclists Touring Club Gazette.

Soon Gammon began contributing his own sketches to the Gazette, and in all continued writing and illustrating CTC articles for 60 years.

As a skilled painter in watercolours, Gammon’s career took a dramatic turn when he switched from watercolours to oils, and uncovered a whole new side to his artistic skills.  Much influenced by Paul Gauguin and the expressionist school, his paintings now demand prices in many thousands of pounds.  He held several retrospectives of his work – one to celebrate his 100th birthday!

The purpose of this short page is to show just a tiny sample of his vast output to the CTC Gazette; so little of it appears on the internet.  These are mainly limited to his output during the 1920s and 30s

For more of his background see Wikipedia and other websites https://en.wikipedia.org/wiki/Reg_Gammon 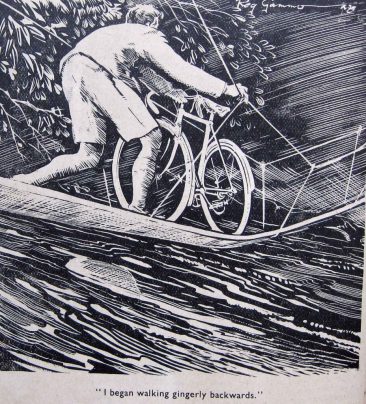 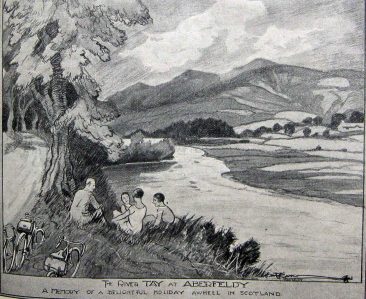 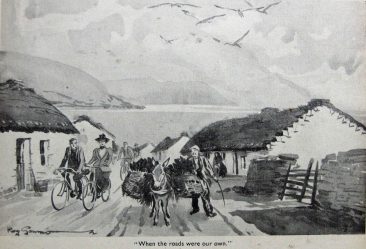 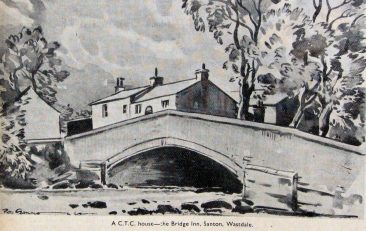 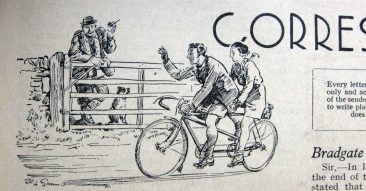 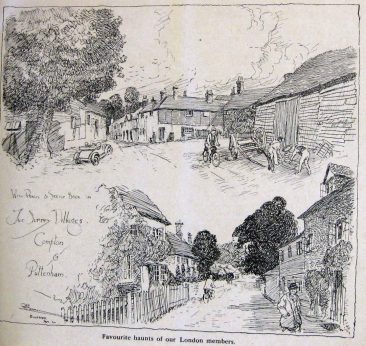 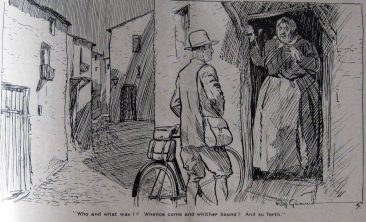 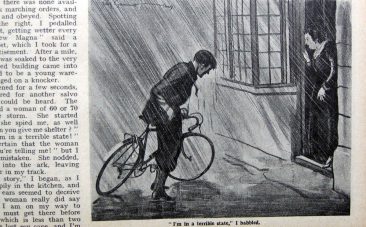 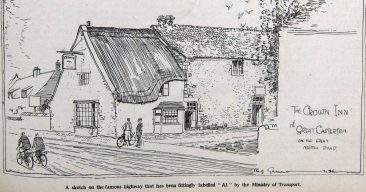