A cripper was a tricycle steered by a front small wheel in a fork (1st sketch), named after Bob Crips, a popular champion who used one in his races.

Bowdon is a very smart suburb of the market town, Altrincham, south of Manchester. There seems to have been a bit of a culture clash when the pipe smoking Merseysiders met the pince-nez sporting, cigar chomping members of Bowdon C C in the pub at Hoo Green (6th sketch). Walt and his friends appear at first to have ribbed the Bowdonites but decided in the end that they did qualify as cyclists. 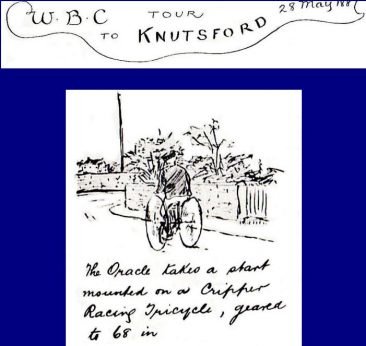 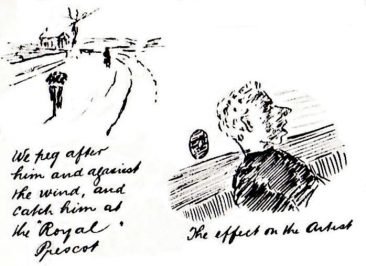 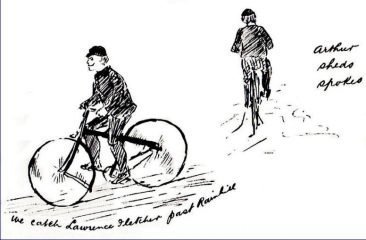 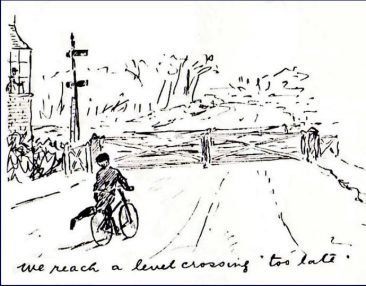 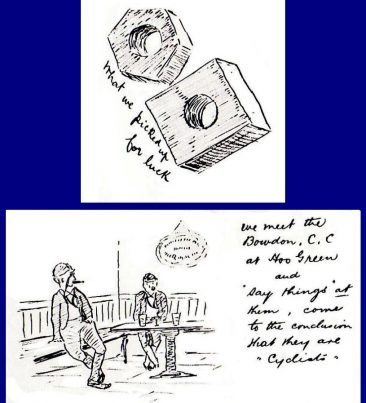 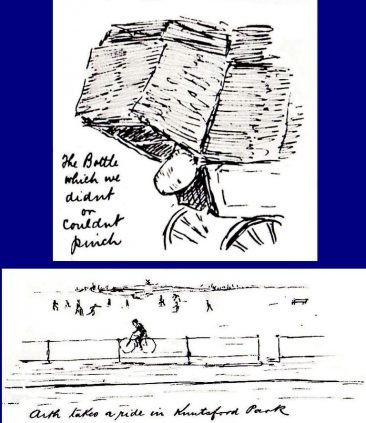 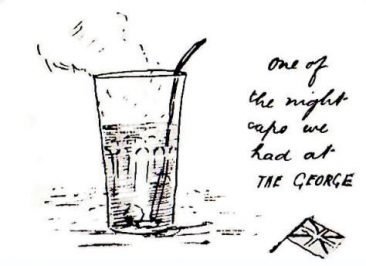 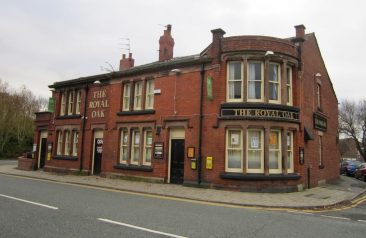 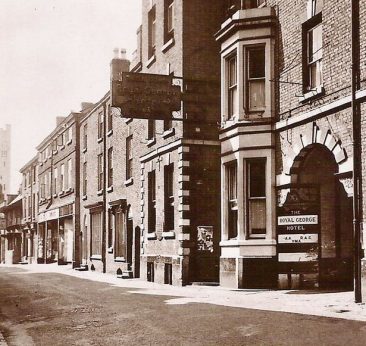 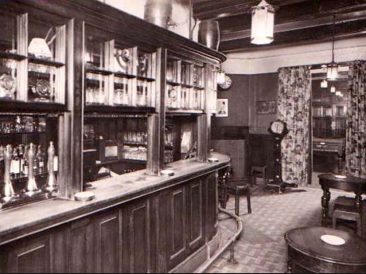