Although the Holyhead – London A5  trunk road is now not the most pleasant road for cycling, in the days o’yore it was a popular route for cyclists seeking out the delights of North & Mid Wales.  Between Cerrigydrudion and Pentre Voelas lies an ancient farmhouse, formerly an inn of sufficient importance as a watering hole to find its place on ancient milestones.

It is a locality few would even notice as they speed past to goodness knows where. But it is reputed royalty dropped by in times gone past, and George Borrow in his book Wild Wales (published 1862) sought more information on it as he passed by on foot.

Certainly milestones bearing the place name attracted the attention of touring cyclists during the early part of the 20th century.   There is reference to it in the National Cycle Archive at Warwick University.  But as far as this writer can tell there are no recorded instances of cycle travellers taking advantage of its hospitality, although it is currently a caravan site and B&B.

From the early 20th century the popular stopping places for accommodation or snacks in the area was either at the Queens Hotel, Cerrigydrudian or  ‘Blossom’s’, a simple farmhouse in the tiny hamlet of Glasfryn which became popular around the 1920s or early 30s..  Both were CTC recommended establishments.    Blossom’s continued to provide accommodation and serve the needs of hungry cyclists into the late 1950’s or early 60s.. 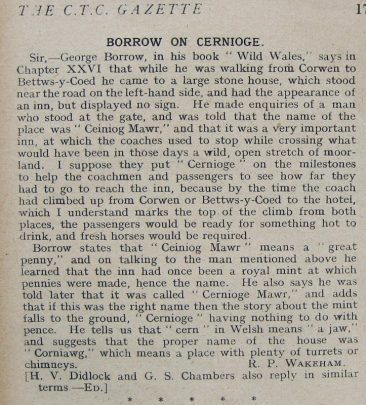 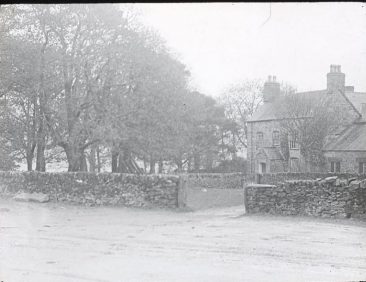 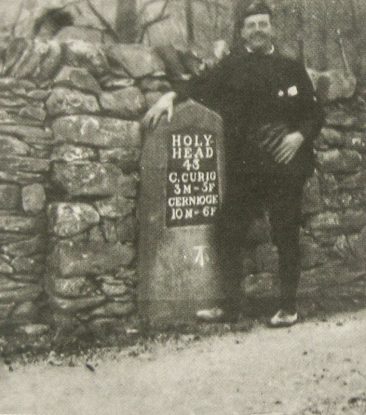 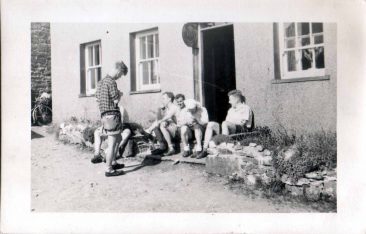 Thomas Telford -the road to Holyhead