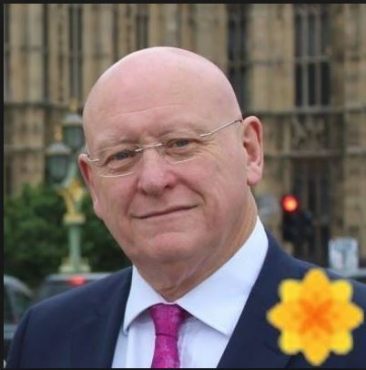 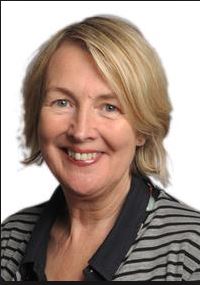 The Welsh Government has indicated it favours providing a Toucan crossing at the Goat roundabout in Llanwnda once the new Caernarfon-Bontnewydd bypass is open; this despite vocal calls from the local MP and AM and cycling-walking groups for a much safer option such as a bridge or underpass.

Plaid Cymru Arfon Assembly Member Siân Gwenllian has been lobbying Welsh Government Cabinet Secretary for the Economy and Infrastructure, Ken Skates since the latest consultation was launched, with the full backing of Arfon MP Hywel Williams. Mrs Gwenllian has written to the Welsh Government again this week arguing the case for a bridge or underpass at the Goat roundabout.

“I accept that there will be less traffic on the trunk road at the roundabout once the by-pass is open.”

“Nevertheless, pedestrian and cyclist-controlled lights will stop the traffic flow. A red light on the road approaching from the south will simply stop traffic and cause a backup (this on a 60 MPH road.)”

“The lights stopping traffic from the north as it leaves the island are likely to cause chaos. Traffic will surely back up around the island and affect all the other roads, halting the various traffic flows.”

“Whilst this scenario will not be happening every few minutes, Lôn Eifion is well used, particularly in the summer.”

“The Toucan lights seem likely to bring disruption and delays and possible accidents on the roundabout.”

“How can this sort of crossing with all the drawbacks be regarded as a long-term solution when a bridge or underpass would at a stroke solve the whole conflict of use question?”

“Cycle bridges need not necessarily be visually intrusive; there is an attractive non-motorised bridge over the main road near Tregarth in my constituency as part of the Lôn Las Ogwen.”

“As far as anticipated usage is concerned, I would hope that the Active Travel Act and North Wales being fourth in the world as an outdoor destination spot will see significantly greater usage of our wonderful cycle paths in future.”

“Not providing a safe crossing for the future would surely be very short-sighted?”

Both these elected members are to be applauded for their support for walking and cycling and holding Welsh Government to account..

We should remind ourselves that  Welsh Ministers and each local authority must, in the exercise of their functions under Parts 3 , 4, 5, 9 and 12 of the Highways Act 1980 (creation, maintenance and

improvement of highways, interference with highways and acquisition etc. of land) insofar as it is practicable to do so,take reasonable steps to enhance the provision made for walkers and cyclists”.

We find it entirely reasonable to expect an unbroken continuity across this roundabout, ideally in the form of landmark bridging or an underpass.  Anything less makes a mockery of Welsh Government’s

self-imposed commitment to provide safe and direct routes under Section 9 of the Active Travel Wales Act 2013.

See our webpage for further information.