There are over 45 million driving license holders in Great Britain.  Estimates put the incidence of psychopaths in the general population at 1 in 100.  This equates with something like 450,000 drivers who under certain circumstances present significant risks to all other road users, including other motorists and their passengers, pedestrians, and particularly cyclists, the most vulnerable of road users.

At one time it was considered psychopaths were rare, and limited to those who commit extreme acts of cruelty to others , it is now realised  that  psychopathy is far more common and may not display itself in overt acts of violence, but in subtle manipulative forms of exploitative behaviour. 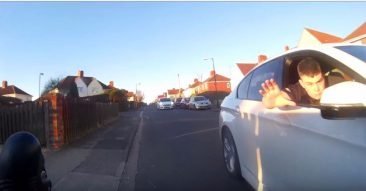 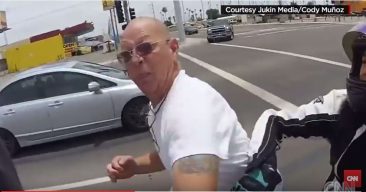 Some of our most successful citizens are believed to possess psychopathic personalities  They exist in all walks of life. From the wealthy and influential, to those without the social trappings that enable them to avoid the criminal justice system.    Whilst there exists much debate around what constitutes the psychopath, the following characteristics are generally agreed to be present:-


A lack of ability to foresee the consequences of actions likely to harm others.

Lack of remorse when responsible for harm to others.

Negative and disproportionate reactions to minor or non-existent provocation.

An Inability to delay or abandon gratification.

Inability to learn from experience when harm is done to others.

Whilst some of these features may be found outside the psychopathic spectrum, it may be significant how some drivers place a higher value on their car paintwork, than any human to which it may come into contact. . A retired police officer in making a case in a radio interview for banning young cyclists from the highway, described a collision in which a wing mirror was damaged.  Being more concerned with his car, he displayed no empathy for the young person involved – who may have incurred injury, and may not have been responsible for the collision in the first instance.

Threat to all road users.

Whilst psychopaths pose a potential threat to all road users, of particular concern is if a cyclist encounters a psychopathic driver on the highway is that psychopaths are often most adept at detecting vulnerability in others.  There is growing evidence of this emerging from cycle cams (such as Jeremy Vine’s) where drivers deliberately force cyclists to take action to avoid injury.  Indeed research reported in the journal New Scientist suggests that brain chemicals actually reward such behaviour.   There are of course the majority of drivers who instinctively seek to correct an error to safeguard themselves and others., whereas there are those that use a motor vehicle as a weapon to intimidate and endanger.  Those transgressors in the first category will be more amenable to training and an improving of road skills, whereas the latter present an altogether greater challenge.  The irony is that the cyclist presents the least danger to others of causing serious injury, but is most targeted with threats and abuse.

More cyclists are now using video cameras to record their journeys. Some startling encounters with motor vehicles are emerging.  In the past such incidents went unrecorded.  They now provide compelling evidence of driver behaviour demanding answers to questions on what happens to brain functioning within the highway environment.

The police are gradually taking more seriously the evidence of cyclists in pursuing offending drivers. Indeed they are making greater use of body cameras in pursuance of their own work. In all likelihood the characteristics of the psychopath will not be evident under the conditions of a license driving test.  Indeed even under an advanced test conditions the psychopathic personality may not reveal itself.

Safe roads demands composure of the highest order by all users, even when provocation is present.  But it does seem that even the mere presence of cyclists on the highway is sufficient to ignite extreme anger in some drivers which may indicate the presence of underlying psychopathy.

However we share the concern about demonising individuals with personality disorders, mental illnesses or whatever.  Such disorders / illnesses can cause a great deal of suffering to those who are afflicted by them, as well as to those around them.Yet none of this excuses them from criminal sanctions if they drive dangerously.  People who are unfit to drive safely need to be banned from doing so for the protection of the public.  That principle applies whether their incapacity is due to a health defect (e.g. epilepsy), an eyesight defect, or a mental or learning disability that prevents them from assessing risk or processing other information about what is happening around them on the roads, as well as those that make them temperamentally unsuited to driving.  In other words, we do not need to be judgemental about the individuals who need to be banned.; Public protection is sufficient reason.

The quid pro quo is that, assuming they aren’t people who need to be locked up for public protection, anyone who isn’t permitted to drive needs to have good alternatives available to them for getting around.  And this principle obviously extends not only to those who we ban from driving on incapacity grounds, but also for those who are too young to drive,  cannot afford to drive, or who choose not to drive for environmental and other reasons.  In short, it’s perfectly possible to make a humane case for our licensing and criminal justice systems to stop pandering to the idea that people have an automatic right to drive.  We grant people licenses to drive, providing they demonstrate they can do so safely.  If they aren’t able to demonstrate the ability to drive safely (for whatever reason), then they still deserve good alternatives.  This is where cycling has a crucially important part to play – and for government and responsible driving to enable it to play that part.