Action – time is not on our side!

Within days of the launch of Roger Rowett’s Denbighshire facebook cycling initiative, the number joining has rocketed to over 1500.  The criteria for the page is that members should either reside in the county, or have an interest in encouraging the development of quality cycling infrastructure in the county.

Inspired by the reduction of motor traffic arising from the coronavirus lockdown many are discovering the lanes and byways close to their home that previously they observed on’y fleetingly through a windscreen’.  Everywhere we are hearing reports of people becoming more outgoing and stopping for a chat –  social distancing of course. 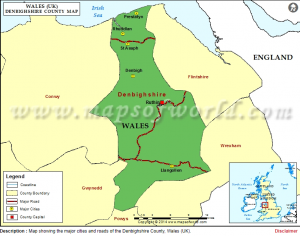 With many expressions of delight and satisfaction at finding roads and byways free to cycle and walk in safety and comfort, neighbourhoods have been re-discovered – or discovered  for the first time in some cases  We publish some of those here:-