During this four day tour Walt and Amy visit relatives in Cheshire from their home at Old Swan, Liverpool. On the first day they begin by going to the ferry (‘stage’ = landing stage) to cross the Mersey from Liverpool to Birkenhead. where, after calling on relatives and Aunt Tobin, they ride down the Wirral peninsula to Chester via Arrowe and pass the then Shrewsbury Arms near Neston. The inn 3 miles further on was probably The Yacht Inn.  Between the two lies the now famous ‘Eureka’ cyclists’ cafe at Two Mills.  The ‘champion T and hostess’ would have been around Mollington. 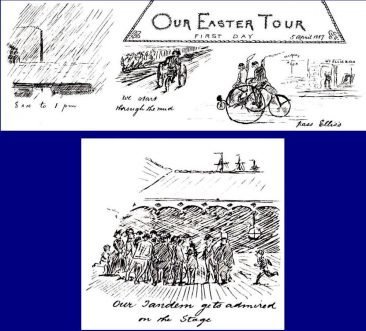 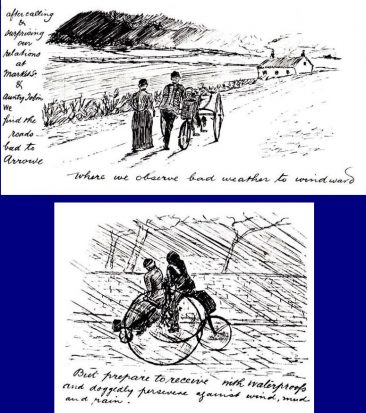 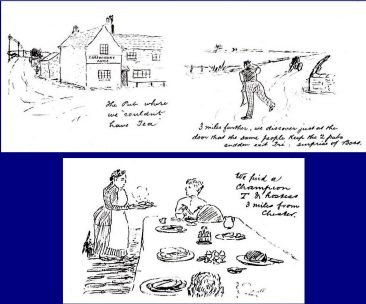 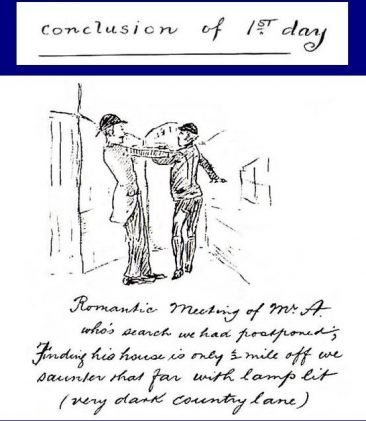 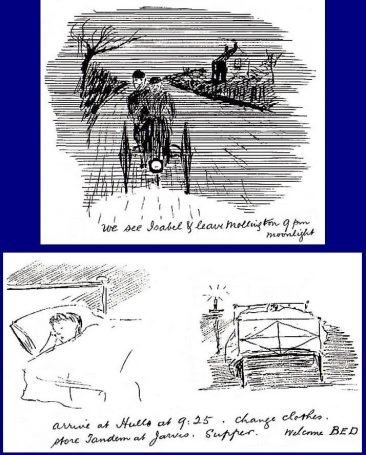