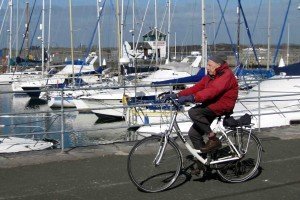 Popular for increasing numbers of cyclists, Caernarfon’s Doc Fictoria with its Travelodge, Premier Inn, and entertainment complex, is fast becoming a favoured destination for many.

In September 2014 however, it was the scene of a cycling tragedy. A local very experienced and mature cyclist collided with a chain strung across the western entrance.  It had already been earmarked by CTC as one of many examples of infrastructure presenting serious risks to cyclists.

A report by CTC was delivered to the coroner.   In his finding of accidental death he chose not to refer to warnings of other equally dangerous infrastructure.

The chain was replaced by bollards which also  failed to acknowledge the primary reasons for the fatality, which are several – deflected attention, momentary obscured sight lines etc , all normal happenings as we go about our everyday activities in public spaces.

But what is deeply concerning is the erection of quite unnecessary Cyclist Dismount signs on both approaches to the Vic Fictoria. These are only blue advisory signs but are interpreted by many, including cyclists, that cycling is forbidden, inviting conflict between users.

Until recently there were secondary cycle route signs following the coastline from Lon Menai (NCR8) skirting the hotels on Victoria Dock.  These pointers have been removed which in effect creates an ambiguity for both hotel visitors and those unfamiliar with the established travel patterns.

What we are seeing is the now familiar pattern of decisions taken behind closed doors, affecting the safety, comfort and convenience of those travelling by bike.

We often hear it said that ‘nothing will be done until someone gets killed’.  Well, someone has been killed – for reasons not of their own making.

Instead of considering what can be done to make cycling safer, we have the knee jerk reaction to divert and deflect.  Both in terms of actual cycle routing, but also in terms of the duties and responsibilities of those in public office to encourage safe active travel by bike. 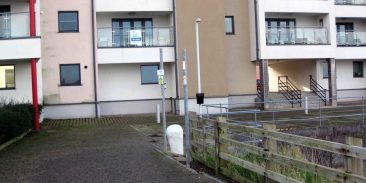 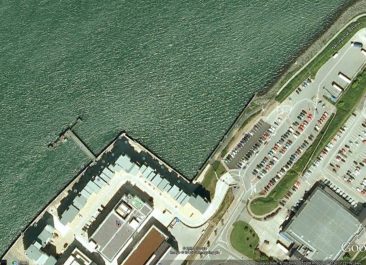