Peter Knottley and Rex Coley aka ‘Ragged Staff’ were regular columnists in the magazine ‘Cycling’.   Rex had a wealth of humorous anecdotes to tell.  And like Rex, Peter for his part had a vast knowledge of cycletouring in the UK and abroad . , Many benefited from their vast experience of cycle touring.

As a one time editor of the former Bicycle magazine, the late Rex Coley also has the distinction of  being including in the  list of cycling icons recorded by the Pedal Club.

Rex’s zany stories of cycling a’wheel were popular fortnightly treats for its readers.  In the late 1940s in response to many correspondents sharing their experiences tackling Cape Wrath, Rex set up the Cape Wrath Fellowship.  This awarded a certificate to anyone who could provide evidence of having successfully completed a cycle ride to this exposed tip of the Scottish coastline with its weather beaten lighthouse.

Upon Rex’s sad demise in 1985, Peter took responsibility for issuing the certificates until his retirement ten years later,.  Certificates are now issued by CyclingUK.

It was whilst cycling in the New Forest in the 1970s that Peter Knottley chanced upon a senior administrator of the forest that led to the first cycling week, based on the Roundhill site     Not the most favourable for lightweight camping. it was once used by the WW2 military.   Remnants of concrete are still to be found under the turf surfacing, frustrating many a tent peg no doubt..  But this did not damp the enthusiasm for the week.  Success was built on success, with its attraction enduring as children became parents, and parents became grandparents. 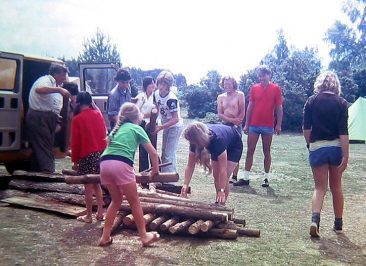 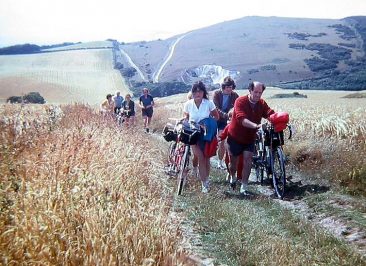 The annual event has now moved to another site,details of which can be seen on the CyclingUK website

A keen advocate of adequate storage space for cycles on public transport, Peter Knottley became a Moulton bicycle enthusiast, and through that an informed and respected railway buff..  An excellent obituary is to be found on the Locomotive and Carriage Institution website.

Similarly, like Peter’s enduring vision for simple family holidays in superb surroundings,  Rex Coley’s simple formula for the  CAPE WRATH FELLOWSHIP has remained a ‘must do’ for many cyclists who seek out the wilder places.    Share some of the spirit of adventure in this short film of Cape Wrath.

The writer and his family were among those that attended the first New Forest Week, and have not been surprised by its enduring popularity.

The later years of Rex and Peter.

Sadly neither Rex nor Peter enjoyed good health in their later years.  Peter spent time in a nursing home and apparently to the end still expected to depart riding his bike. Rex for his part gave a hilarious talk to Liverpool CTC members in the early sixties and mentioned trouble with his prostate in a chat with the writer.  Perhaps that played a part in his final years. The photo below was generously provided by a relative who was unable to identify the lady in the picture on the sideboard.  Could this have been his wife Ann who featured much in his adventures? Or perhaps Ann’s full name was Nancy.  The book ‘Cycling Is Such Fun’ is dedicated to a person of that name. 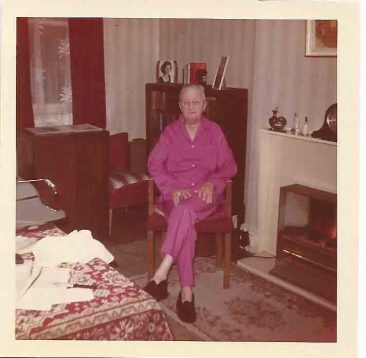 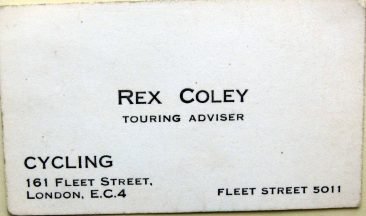 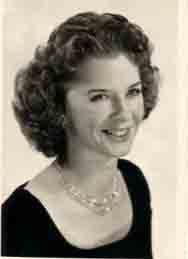 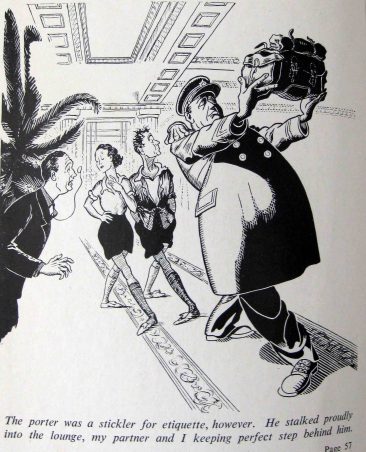 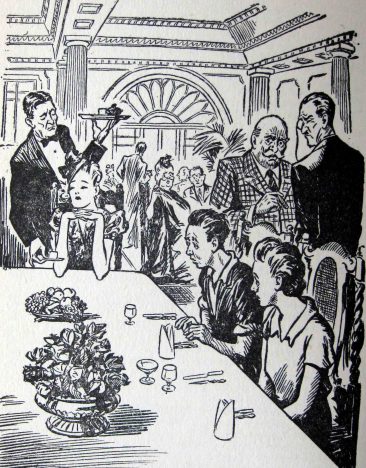