…….If you want cycling improvements, you have to keep fighting for them!


Writing in the Guardian on the latest opposition to London’s cycle super highways, in this case from Swiss Cottage to the city’s West End, Andrew Gilligan London’s Cycling Commissioner and award winning journalist calls upon the public to back the scheme otherwise it will fall victim to the nay saying minority that seems to emerge whenever cycle routing is planned.  He adds ‘The reason for this excursion into north London geography and politics is to illustrate something which applies across the UK’.        Stuff may be happening in London, in town halls around the country, but insiders cannot keep schemes going without the support of that public which overwhelmingly supports healthy lifestyles –  including attractive and safe cycle routing. They, the councils, cannot keep it going on their own. It is only the overwhelming public support of ordinary Londoners that has brought the cycling programme this far.  That must be maintained against growing opposition’.

This state of affairs has reverberated in North Wales for many years.  Yes, there have been major steps in cycle routing, particularly along the coast from the Dee estuary towards Caernarfon and inland along National Cycle Routes 5 and 8.  But in the face of those successes, there is and has been much shameful behaviour by individuals and council insiders in opposition.  To give examples>>>>

Lon Clwyd (Rhyl- Ruthin)  Promoted by the county 20yrs ago and rejected by its own planning committee following minority lobbying.  Sample the media scrum at the time>>> 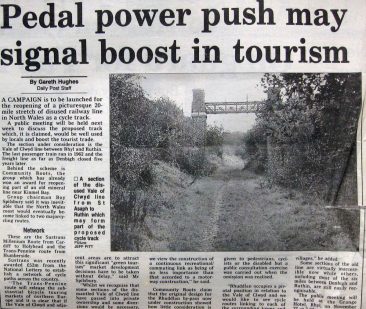 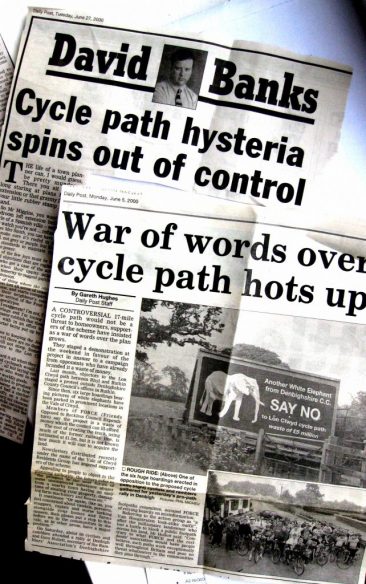 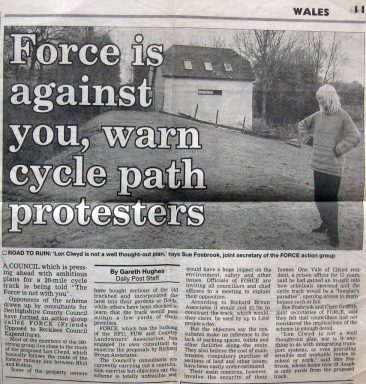 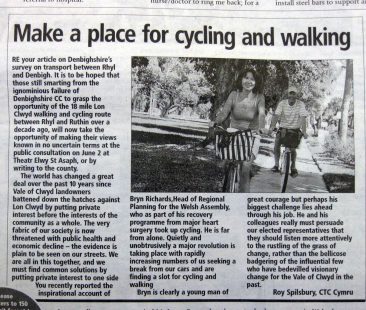 Denbigh Cycle Route – rejected by the Denbighshire Planning Committee against the advice of Sustrans, CTC, and its own officers,  See How NOT to debate an Active Travel route application.

Conwy Cob.  Installation of a cycling dismount zone on a footway used for many years by cyclists without complaint. Justified safety warnings by CTC and others ignored by the highway authority. 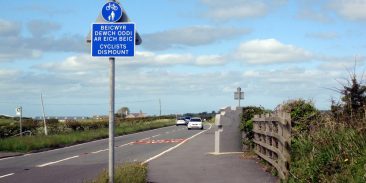 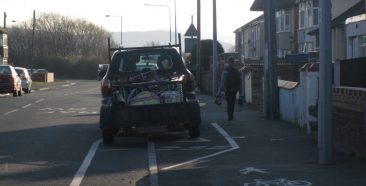 All forward thinking members of the public should actively support and press councils to meet their commitments to the Wales Active Travel legislation. At present too many of those in decision making posts of responsibility are swayed, not by public policies and guidelines, but in the interests of individuals who care little for the public good over their inward looking self-interests.  Local cycling and other environmental and health groups really must make their voices heard if they wish to see civilized progress.